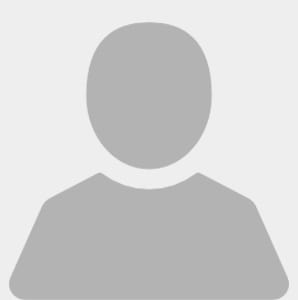 Joanna received her Bachelor of Science in Health and Exercise Science from Wake Forest University and earned her Doctor of Physical Therapy from Washington University in St. Louis. She completed her doctoral capstone in the relationship of abdominal adhesions in pelvic pain. In 2012, Joanna earned her Postural Restoration Certification (PRC) after submitting case reviews and undergoing a multi-day examination process demonstrating expertise in recognizing and treating asymmetries and adaptations of the kinetic chain patterns. She is one of less than 200 physical therapists to achieve this recognition from the Postural Restoration Institute. In 2015, the American Physical Therapy Association recognized her as a Women’s Health Clinical Specialist (WCS) after completing more than 2000 clinical hours specifically in women’s health, presentation of case series, and passing a rigorous exam. During her initial years of clinical practice in orthopedics, Joanna began her coursework with the Herman and Wallace Institute learning more about pelvic floor dysfunction and its relationship with the body. She started the Women’s Health program at her clinic in the Washington DC area. Her training and practice in complex orthopedic and pelvic floor dysfunction continued to grow at Restore Motion, based in metro DC area, with a focus on osteopathic principles from Michigan State University, trigger point dry needling, and modern pain science. While at Aspetar Sports and Orthopedic Hospital in Qatar, she helped to return athletes to competition and healthy lifestyles. Joanna has contributed to scholarly articles describing the distinctives of the women's health in sports performance and prolapse. Joanna’s entry in pelvic rehab came from an interest in biomechanical interdependence, multisystem relationships, and societal influences. While asking and listening for better answers, Joanna wants to synthesize the lessons learned across disciplines to provide a healthy environment for the resilient body. At Beyond Basics, Joanna contributes to the blog with a goal of spreading good information about regularly avoided subjects. Joanna is a member of the American Physical Therapy Association, Section on Women’s Health, and International Pelvic Pain Society. In her free time, Joanna enjoys reading about topics appropriate for long dinners, exploring the neighborhood and world with her family, and jogging while self-correcting her movement patterns.